* This story first appeared in tech4tea.com. 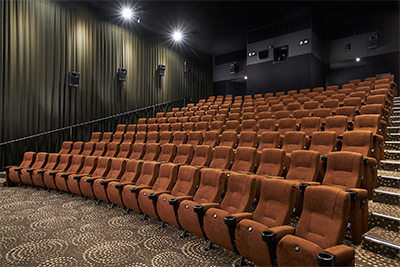 All the auditoriums will be equipped with laser projection systems from Barco.

Located at the new Singpost Centre retail mall, the new mulitplex is located in the heart of Paya Lebar, in the east of Singapore. 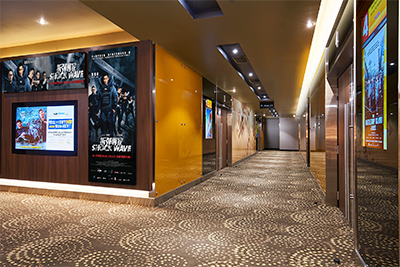 The new Golden Village Paya Lebar has 8 auditoriums with a total of 756 seats.

GV Paya Lebar is the first all-laser cineplexes in Singapore, with a total of 8 auditoriums. 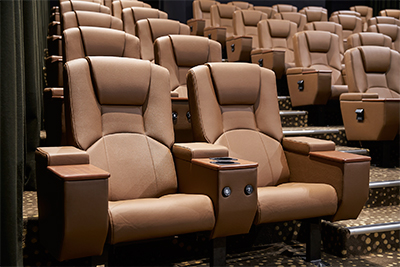 All of GV’s projectors are supplied by Barco.

More details from the press release below.

“GV has always been committed to creating the very best movie experience for its customers. With the new GV Paya Lebar, we have challenged ourselves to take that promise to a new level, in an effort to reinvigorate and redefine the very best cinematic experience,” said Clara Cheo, CEO, Golden Village Multiplex.

And while the in-cinema enhancements might be the main talking point, the multiplex’ aesthetics is far from an afterthought.

“The introduction of laser projection will be a game changer, not only for us, but for the industry at large. And with a specific focus on design and comfort, we want to create a more sophisticated experience for our customers. We’re confident that with so many firsts at Golden Village Paya Lebar, movie-goers will want to come out and have a great time at the movies with us”, Cheo added.

GV’s grab & Gold® café frames the entrance of the multiplex, lending the foyer both purpose and an aesthetic harmony, rarely seen in modernday cinema design.

With its warm colours, visual continuity, and contemporary furnishings and fittings, the design re-think brings an authentic but vibrant natural ambiance to the multiplex. grab & Gold® diners can enjoy a variety of local favourites and western dishes all of which can be enjoyed in the 35-seater café or in auditoriums during film screenings.

“We are delighted to work with Golden Village to install the Barco Smart Laser Projection series at Golden Village Paya Lebar. Laser projection is the future of large display technology and we are excited to witness a major step-up in technical performance in the big screens here in Singapore. We’re confident that this new collaboration will be a big hit with movie-goers here in Singapore,” said Eddie Tan, General Manager SEA, at Entertainment & Corporate, Barco.

Customers with young children can look forward to such screenings on selected weekdays and Weekends.

Starting from end October, family-friendly screenings will be available on Fridays, Saturdays and Sundays in selected halls at Golden Village Paya Lebar where the hall lights will be dimmed for the convenience of families with young children.

Movie tickets for GV Paya Lebar can be purchased online at www.gv.com.sg and via the iGV App.