Immersive virtual reality gaming for groups of up to 8 gamers (13+ years old) per 30min session, at S$69 per pax. 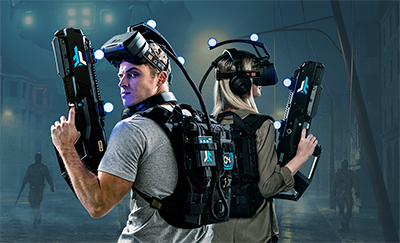 The 30min game play for each session can be one of three combinations:

The gaming gear comprises the following: 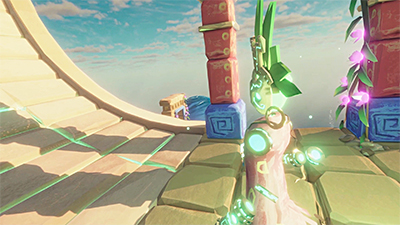 Engineerium is a family-friendly 15-minute puzzle game and walking adventure set on a fantastical ancient alien world that lets you walk up and down ramps and twisty, curvy walls, defying gravity. Photo: Zero Latency Singapore.

The Australia-based company (in Melbourne) has constructed warehouse-scale VR game arenas as free-standing locations and has also integrated them into resorts, family entertainment centres, go karting facilities, and other entertainment destinations. 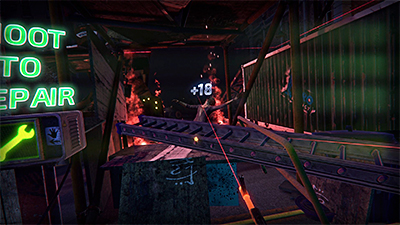 Zombie Survival is an intense, undead themed 15-minute VR shooter, in which players are caught in a zombie outbreak and need to destroy the undead hordes while they wait for help to arrive. Photo: Zero Latency Singapore.

There are 7 Zero Latency powered arenas currently in operation across the United States in addition to locations in Tokyo, Osaka, Madrid, Brisbane and Melbourne. 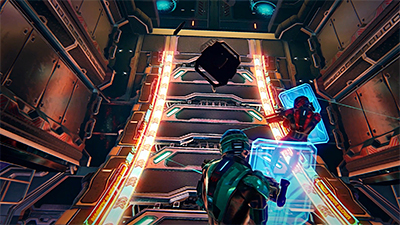 Singularity is an immersive space-themed 30-minute shooter in which players battle through robots, killer drones, and gun turrets in the zero-gravity environment of a military space station. Photo: Zero Latency Singapore.

More details about the three VR gaming worlds from the press release below.

Engineerium (15 mins) – Perfect for first-timers and VR experimenters, this family-friendly fantasy alien world combines ancient floating platforms and puzzle challenges which will open your eyes to the phenomenal world of virtual reality.

Zombie Survival (15mins) – Bunker down in a fort surrounded by waves and waves of Zombies. Can you stay alive until the rescue team arrives? A medium-intensity gaming undead shooter experience that guaranteed to keep your adrenaline alive.

Singularity (30mins) – Hard core gaming just got serious. How will you fare against killer robots and rogue drones in zero gravity? Watch out for danger in a secret military space station; your survival will depend on which of four weapon modes (scatter, beam, pulse rifle, or rail gun) you use against the enemy so choose wisely.